Server & Virtualization
Get in Touch

Server virtualization is the partitioning of a physical server into smaller virtual servers to help maximize your server resources. In server virtualization the resources of the server itself are hidden, or masked, from users, and software is used to divide the physicalserver into multiple virtual environments, called virtual or private servers. This is in contrast to dedicating one server to a single application or task. 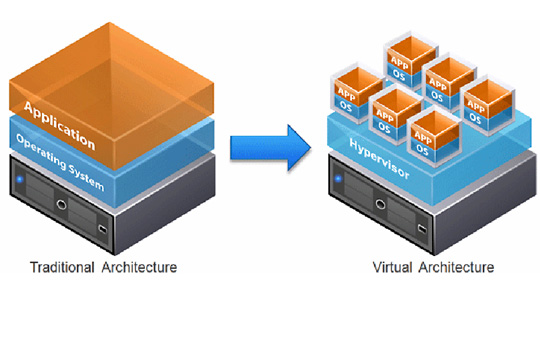